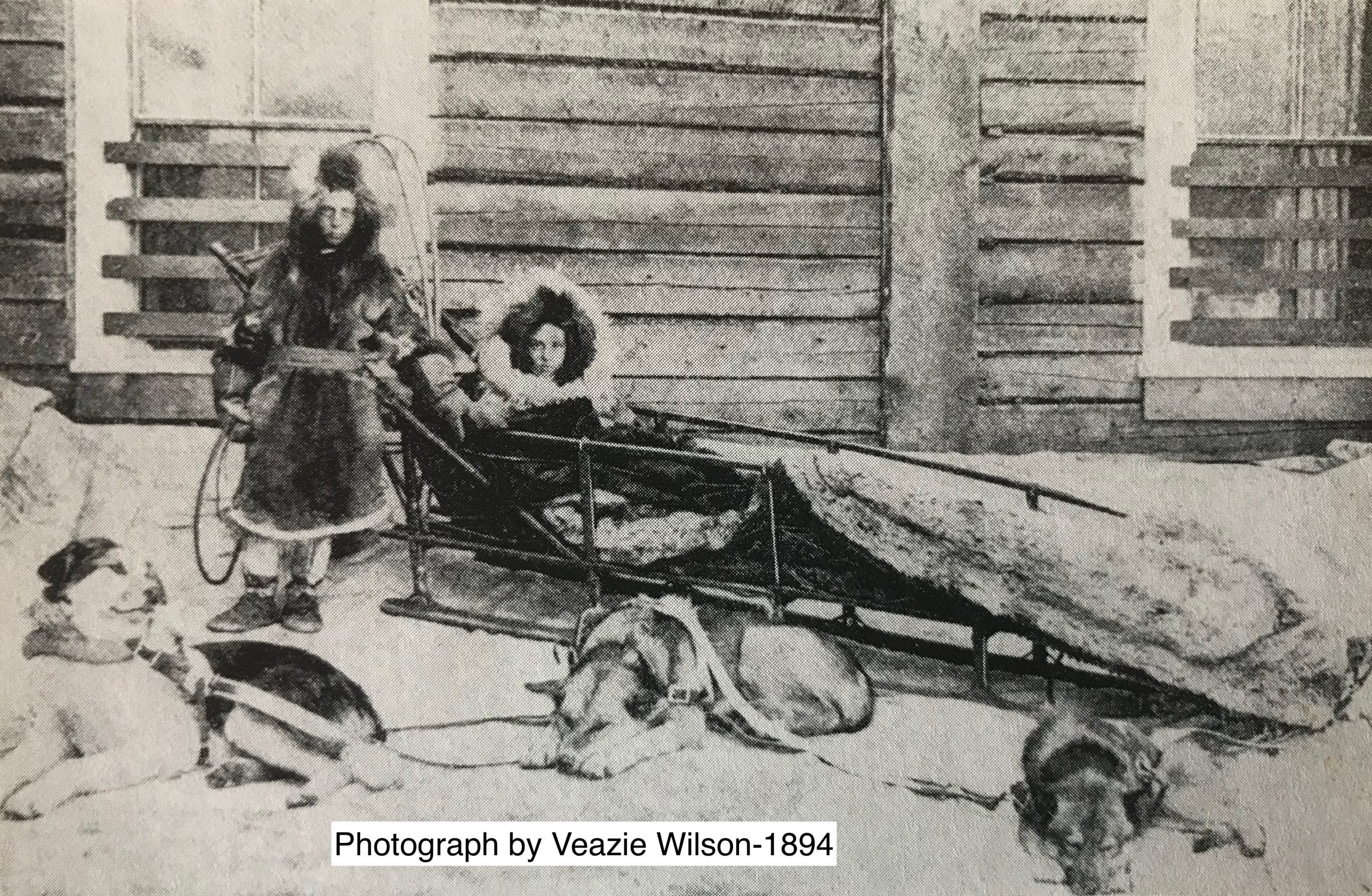 Gold nuggets showered the gritty stage floor. Three-year-old Crystal Brilliant Snow and her older brother, Monte, resisted the urge to snatch them up. Their mother taught them to wait until the prospectors emptied the saloon before gathering their pay.

It was the late 1800s. Crystal Snow and her theatrical family performed in almost every gold rush town in northern Alaska. Crystal’s father had ‘gold fever.’ While he was away panning for gold, Crystal and her brother supported the family. They sang mournful songs to a homesick crowd or danced in front of rowdy boot-stomping men.

In 1894, Crystal’s father proposed a dangerous journey through the 32-mile Chilkoot Pass. Crystal was eager to prove that a ten-year-old girl could climb the treacherous mountainside.

With sturdy ropes, the Snow family tied hundreds of pounds of tools, butter, beans, coffee, costumes, and even a fold-up organ onto the sled. Crystal abandoned her doll. Her father said, “It’s too heavy to carry.”

Each day, the Snow family trudged up steep cliffs through knee-deep snow. Hungry and freezing, Crystal helped to pull the heavy sled. She worried they might be the next hikers buried under an avalanche.

Murders, suicides, and deaths from starvation were not uncommon. Eating the meat of dead horses helped many to stay alive.

Every evening at camp, the children cut wood for a fire. During a three-day snowstorm, they huddled around a cook-stove surviving on weak tea and soda crackers.

After two grueling weeks, the Snow family finally stood on the mountain peak. Crystal sang one of her favorite songs.

Crystal, Monte, and their parents camped until springtime when the Yukon River melted. The family floated 630 miles to the town of Fortymile. After one year, they moved from Fortymile to Circle City, Canada. Their father continued to search for gold.

At last, in Circle City, Crystal and her brother attended school. The supplies were limited and the surroundings, primitive. No heat in the winter or cool air in the summer. During this time, the Snows built a log opera house for family performances.

In the year 1897, the newspaper headlines read, “Gold! In the Klondike!” Most of the town and the Snow family were nicknamed Stampeders as they frantically rushed to move again.

One of the last and greatest gold rushes occurred in the Yukon territories of Canada. The Klondike River flowed into Bonanza Creek where the Snow family mined for gold. The water brought with it the long-sought-after treasure.

Crystal and her family stepped off the boat in Seattle, Washington with sheepskin sacks filled with gold worth $80,000.

Wealthy beyond his dreams, Crystal’s father lived lavishly. One Seattle newspaper reported he opened a theatrical company. This new business failed. Within two years the Snow family was broke.

Crystal’s father insisted the family move back to Alaska and mine for more gold. To pay for the trip, Crystal pawned her most precious possession—her gold nugget necklace.

When Crystal grew up, she became a professional singer and a teacher. She married a dentist, not a gold miner. They raised three children. She owned a flower shop and served two terms in Alaska’s territorial legislature. President Franklin D. Roosevelt even appointed Crystal to the position of postmaster.

Throughout her life, Crystal wrote stories, plays, and songs about her colorful childhood as Crystal Brilliant Snow.

BACK TO FOR THE KIDS