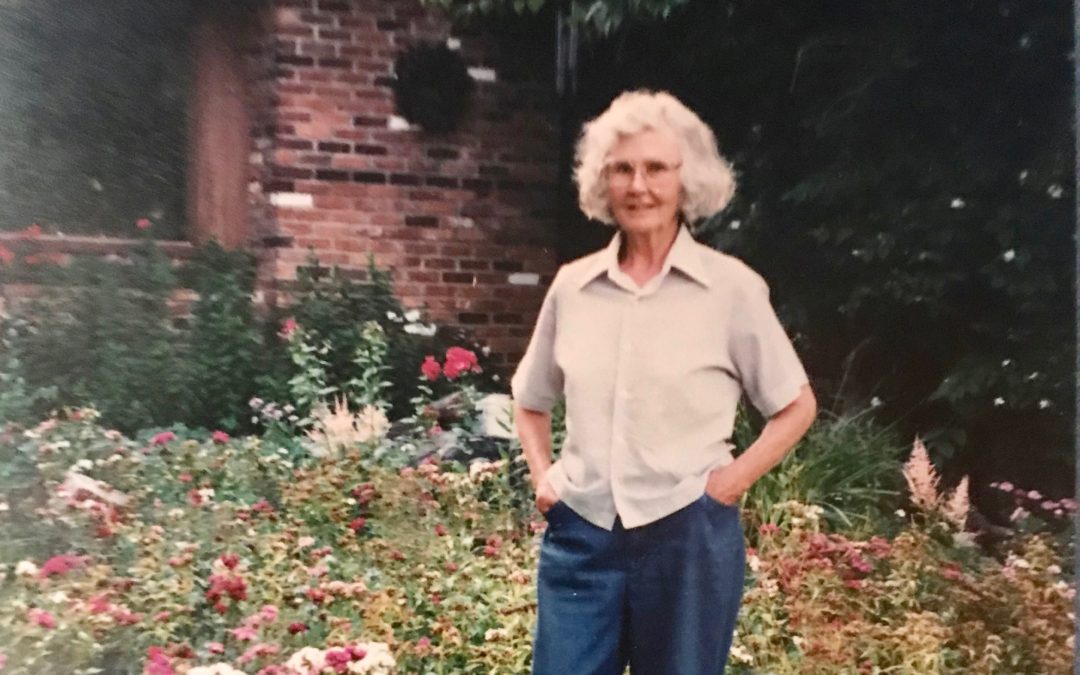 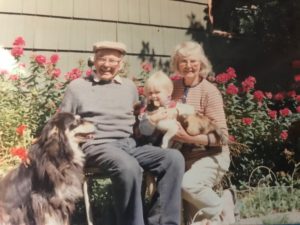 My in-laws were extreme gardeners, living off the land. Their hands spent a lifetime deep in the dirt of Northern Wisconsin. The clay soil and inclement weather made gardening a challenge. But each summer they harvested a bonanza of vegetables and breathtaking bouquets. My father-in-law passed away with a seed packet tucked into his pocket.

When I got married, one plant after another withered, or didn’t grow at all. I blamed long winters and lack of sun. 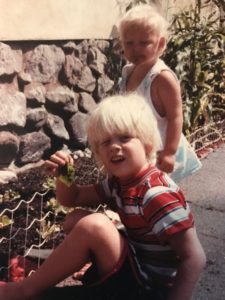 “Seriously, Mom? We can do better than this!”

We moved to Southern California and carved out a garden on the side of the house. More time was spent painting decorative rocks then tilling the soil. My kids and I were rewarded with a couple ears of corn, stunted sunflowers, and one head of lettuce—huge effort for one meal.

Once settled in Central Florida, my husband built an enclosed garden in the backyard for his mom. After the humidity drove her back to Wisconsin, I inherited the plot. Surely she left some good juju behind. I grew a few sugar snap peas but ate them as I pulled weeds. The tomatoes were healthy until the attack of the aphids. Romaine wilted in the heat. Marigolds flourished, but they were only there to keep bugs away from the vegetables. We dismantled the garden to make it easier for the lawn service.

I concentrated on growing herbs in containers. And even those suffered when I took off for a month in China or several weeks in California to apartment-sit for my son. I searched for drought-resistant plants, not that Florida was dry, but I forgot to water plants under the eaves.

My friend Pat is a gardening fool. By fool, I mean she braves the scorching heat and humidity, tending her flowers like precious children. Her cutting garden should be a centerfold in Better Homes and Gardens. For years, she shared hundreds of thoughtful arrangements with the residents at her mother’s assisted living facility. While admiring a dazzling display of her signature plant, she said, “You can never have too many hydrangeas.” I envy her green thumb but not the hard work. 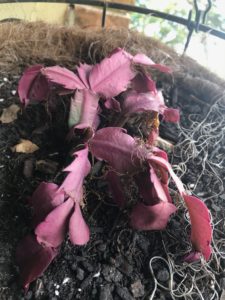 Another friend gave me a Christmas cactus. She knows my unsuccessful history with plants, but insists I can learn. After two years, that stubborn cactus is still alive—barely.

My cat Twilight regularly watered the indoor potted palm that I quickly replaced with fake greenery. When old age escorted Twilight to kitty heaven, I retired the phony plant to an empty hanging basket on the porch—one less thing to dust. Doris Day singing a jazzy rendition of “High Hopes” and the ants that try to move a heavy rubber tree plant, inspired me to buy one. Months later, my plant is still alive. And I do have high hopes. But the leaves on the rubber tree are massive and need dusting. Ugh. 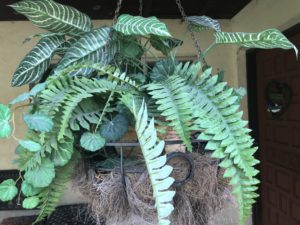 Standing near the outdoor hanging baskets, my daughter commented, “Wow. That’s in good shape.” I smiled with pride assuming she meant the Christmas cactus holding on for dear life. Nope. She was pointing to the fake arrangement.

Several years before, in those very baskets lived two fuchsias. I met the ballerina-like flowers on my travels through Europe and Scandinavia. I found their fuchsia cousins back in the U.S. and christened them Romeo and Juliet. Read Fuchsia Fantasy. Spoiler alert. It does not end well.

It may be National Garden Week but I’m no gardener. I’m a traveler, heading to Seattle on Tuesday and Bangkok the week after that.

Hang in there tarragon. Adios cilantro.

What are your gardening triumphs and trials?