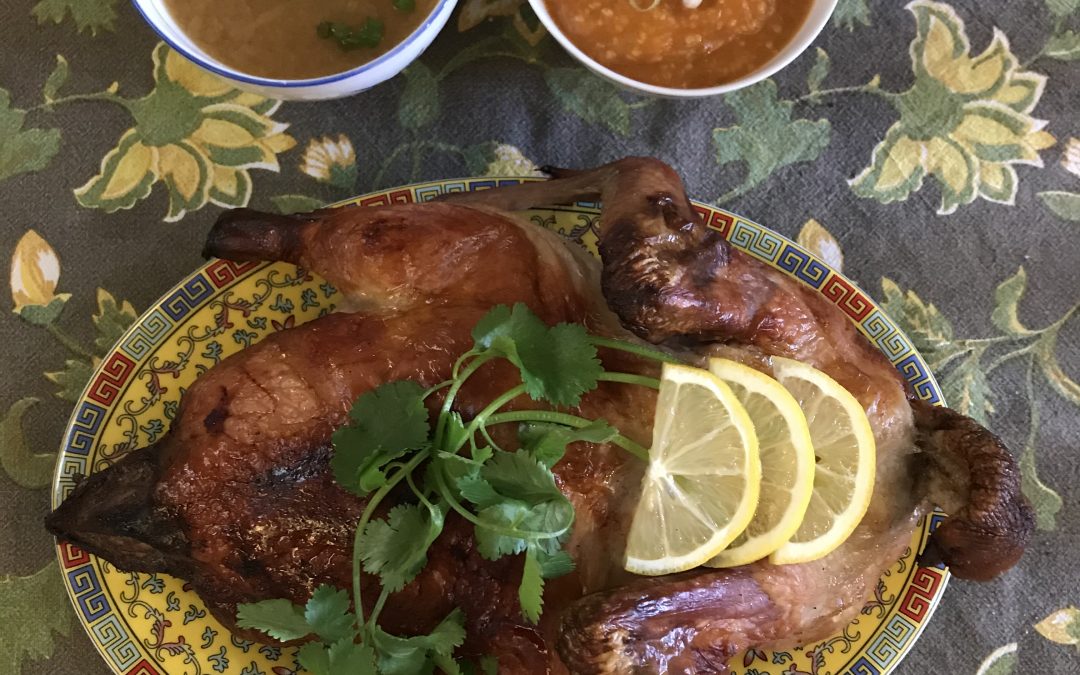 I cook and bake a lot.

Unless we’re traveling, my husband and I eat every meal at home. When the kids were young, shepherd’s pie, spaghetti, and stir-fried chicken made regular appearances.

But I longed to try new recipes.

In the early 1980s, I devoured a Julia Child & Company cookbook, trying EVERY recipe. Besides beef Bourguignon, I learned to make French puff pastry. It takes several hours and a sturdy rolling pin.  I learned foreign words and new terms—Pâte Feuilletée is a laminated dough. Who knew?

unfamiliar ingredients or gadgets, like ghee and shrimp paste for an Indian curry.

And this Spätzle maker purchased in Freiburg, Germany.

I attempt to replicate food from our travels.

Before my broiler quit,

I made Crème brûlée with a restaurant-worthy crackling top.

When blackened foods became popular, I put my cast iron skillets to the test. Smoke filled the kitchen. Once the air cleared, the blackened salmon tasted amazing.

I graduated to setting food on fire.

Crêpes Suzette and flaming spinach salad. (I’ll never do that to spinach again.)

There’s something exciting about the unpredictable rise and sometimes fall of mousses, souffles, popovers, pita breads (Yes! I actually made pita bread!), and cream puffs.

Back to the duck.

I Googled the secret: Marinating, blanching, and hanging in the refrigerator overnight.

After all my time in the kitchen, I always appreciate when someone cooks for me.

Even when it’s McDonalds.

How adventurous are you with food?