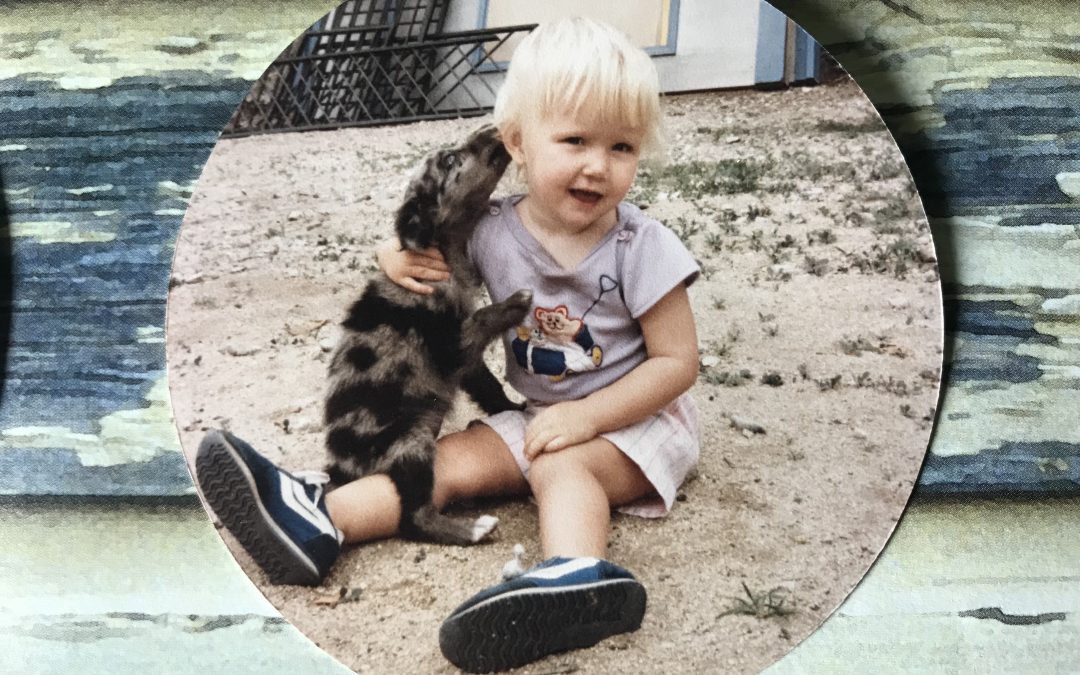 My childhood was devoid of gerbils, hamsters, birds, or fish. Other than the photo below, I don’t recall owning a cat.

As a preteen, I suffered through a sleepover that included a pony-sized Weimaraner. I learned that its house-rattling bark was just for show. Out of six girls, he chose to snuggle next to my sleeping bag. He passed gas through the night.

My friends owned energetic huskys, over-excited poodles, and a bulldog that always looked hungry . . . for my ankles.

In my dog-ged defence, when it comes to ALL canines . . . I am terrified. They have sharp teeth and claws. I can’t tell the difference between happy woofs and angry growls.

Google diagnosed me:  Cynophobia —the fear of dogs. It is intense, persistent, and irrational.

I am a minority in a dog-obsessed world.

Many people choose dogs over children or a mate.

I read The Pokey Little Puppy to my toddler son. When he got older, I planned to read Where the Red Fern Grows and Old Yeller.

A boy needs a dog. Right?

That’s what all dog lovers believe.

Then someone brought us an adorable puppy. She offered kibble and toys, and said, “It will be fun!”

I put on a brave face and we named him Trouble. He constantly nipped and yelped at nothing.

I had no business raising an animal I wasn’t comfortable with.

Then Trouble contracted the parvovirus. I felt like a failure as I drove him to his final visit to the vet.

As if the universe was giving me another chance I didn’t want, two Australian shepherd puppies showed up on our doorstep. At the time, we were preparing to relocate across the country. We found new homes for the strays. The children didn’t mind. My unease with animals had rubbed off on them.

Eventually, we adopted two cats—a much better fit. They were part of our family for thirteen years.

Sometimes I long to join the dog-loving club.

Dogs are loyal companions and furry comforters. Every year, I faithfully watch the National Dog Show while cooking Thanksgiving dinner. I wonder what breed would work for me?

Alas, this fearful dog may be too old to learn new tricks.

What is your relationship with dogs?