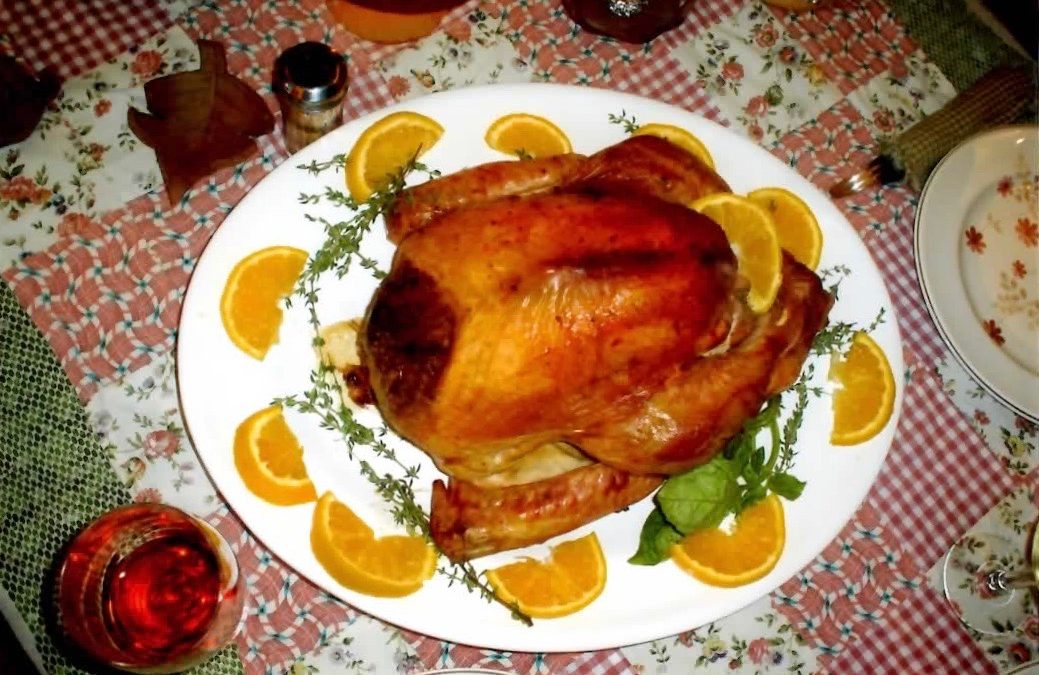 In our house, no matter how it was cooked—basted for hours, wrapped in bacon, deep-fried, or slightly overdone—the turkey went fast. 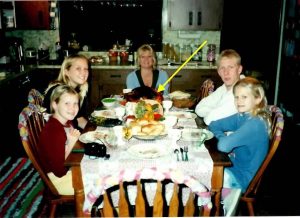 This is one dark turkey!

Turkey is generally easy to find weeks before the big day. Even if you don’t cook, you can still indulge turkey cravings at a Cracker Barrel or the freezer section of your grocery store. (Did you know that turkey was Swanson Company’s first frozen dinner?) 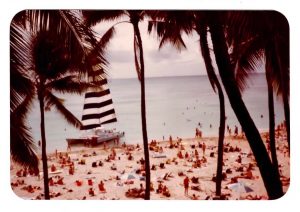 Hours before the hurricane hit!

However, we encountered problems traveling outside the contiguous United States . . .

Hurricane IWA arrived in Hawaii during Thanksgiving of 1982. Between rolling blackouts, a turkey dinner was impossible to find.

While in Hong Kong, a grocery store offered imported and very expensive turkeys. When we brought our pricey bird home, the apartment maids marveled at our very big chicken! 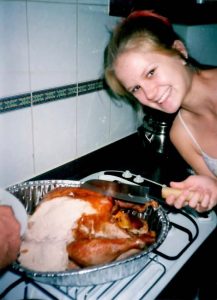 Converting Fahrenheit to Celsius added to the cooking challenge.

The locals watched us prep our strange Thanksgiving meal, frowning at the pumpkin pies.

Pumpkin was just as difficult to find as turkey!

Several years later in Shanghai, a friend from Taiwan found a complicated two-day brined turkey recipe on the internet. She was determined to make her first holiday bird. The international guests from Tanzania to the Ukraine brought salads, pots of soup, and even Domino’s Pizza in case of a turkey fail. It was the best turkey ever! 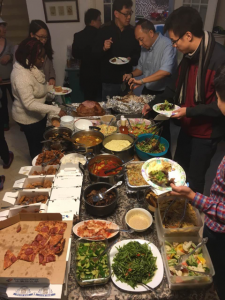 Another year, we accepted an invitation from a group of American expats. They pooled their money and purchased a delivered pre-made meal. The price rivaled a five-star restaurant, but the lumpy gravy and the Asian-spiced turkey reminded us we were not in Kansas anymore. 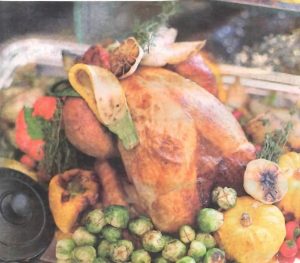 Every year, China keeps trying. Our favorite Asian chain restaurant advertised a full Thanksgiving meal. When we arrived, the place was packed. We were the only blonds in the building—and the only people to order the special holiday feast. Our waiter came to our table every few bites asking how everything tasted. Was it authentic? It was! The proud chef who made the alien meal stood outside the kitchen watching our every move.

Last year, the balmy weather in Thailand made up for a turkey-less holiday.

This year we dined on an above-average hotel Thanksgiving dinner in Seattle, Washington. If we closed our eyes it almost tasted like home.

How far will you go for turkey?