The Calm after the storm 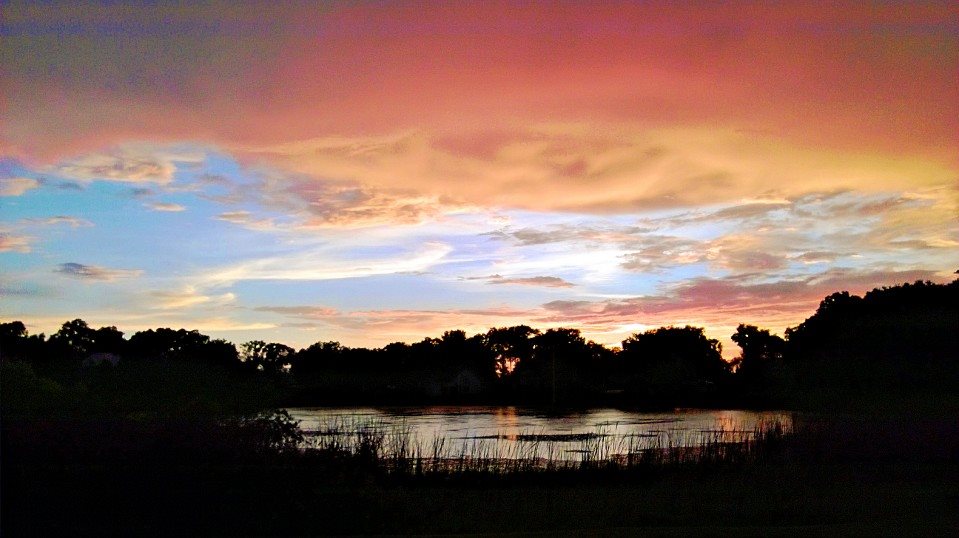 In 2017, Hurricane Irma caused a nine-day power outage in our area. This was nothing compared to the suffering of others. We lost a few shingles and a lot of food, but not our lives.

While the hurricane sideswiped Puerto Rico (we had no idea then that Puerto Rico would be devastated by Maria), Irma took days to reach Florida. That gave us precious time to prepare. But many ate their supply of SpaghettiOs and emergency Little Debbies while Irma still churned in the Atlantic. I gathered flashlights, batteries, candles, and matches. When a hurricane approaches, Central Floridians often experience high winds and flooding. But the biggest threat to our home has always been loss of electricity.

We lost our power while the storm whipped and howled. Throughout the night, my daughter paced and prayed in the hallway between her two slumbering babies. My sister and her partner slept fitfully as their west coast home weathered the uncertain path of the storm.

The next morning, after the hurricane had moved north, stiff gusts continued to unhinge branches, landing in yards blanketed in Spanish moss and debris. My family dragged tree limbs to the fire pit and removed lawn chairs stored in the deep end of the pool. By the end of the day, the curfew lifted and everyone returned home. I was alone. My husband was stranded in Missouri on a business trip.

I picked up sticks as my neighbors trickled out of their houses to begin the massive clean up. Confused cicadas competed with chain saws and generators. Cooped-up children played in the streets.

The airport reopened. I left a flashlight at the front door so my husband could make his way to the bedroom in the middle of the night.

The next day, his duty was to stand in long lines to purchase ice. Mine was determining what to grill next. “Seafood first,” my daughter told me. We had mussels for breakfast.

Tension grew as night approached. People attempted to buy gas for generators, ice for coolers, haul more branches and split more logs, all before plunging back into darkness.

That night my husband sat in his favorite chair in front of a blank television screen. I worried he’d go crazy without History Channel lulling him to sleep. I lit a scented candle. We were characters from Little House on the Prairie. Our conversations were more thoughtful and calmer by candlelight. We never slept better.

During the day, my husband sat on the bed of his truck, mesmerized by the flames of burning brush. I made greeting cards, a pastime that requires no electricity. I wrote to family members in other states, letting them know we were fine.

Each night as dusk approached, the chain saws quieted. The generators revved up, creating a soothing white noise. I lit our candles: one for our bedroom, the bathroom, and a room at the end of the hall to give us a sense of direction. I focused my battery-operated reading lamp on my book. It wasn’t a particularly good book, but I read every word. Once it was dark I couldn’t make out the other titles on my bookshelf. I committed to the one in hand and read until I fell asleep.

After several days, my husband and I took a walk through Walmart to enjoy air conditioning, and lights—so many lights! A young father and his teenage boys held armfuls of board games. Possibly their first (forced) introduction to past generations and how they spent their leisure time before our dependence on electronic devices.

While bobbing in the pool, my husband said, “A light!” One of our outdoor spotlights came to life. We raced into the house, closing refrigerator doors and windows. The air conditioner would kick on any minute. It didn’t.

The next day, I called a repair service. They had to order the defective part. We were without air conditioning a few more days, but now we had ceiling fans to get us through the night—so grateful for small conveniences.

Outside, I washed and dried our coolers in silence. I almost missed the noisy generators and chain saws, the squealing children, and talkative neighbors. The intimacy and comradery that the hurricane brought, left with the wind. Doors and windows were shut. Kids returned indoors to their televisions and iPads.